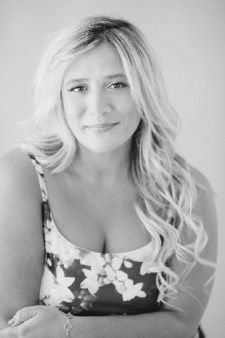 Jessica Zufall-Guberman Ph.D., chief executive officer of Special Citizens will be among this group of women receiving this prestigious honor. This award is given to a group of women who work hard to affect change and make the Bronx a better place.​

My goals have been to lay a foundation that allows our organization to participate in the most exciting initiatives of the disability movement; institutional closure, aging out and the moving from brick and mortar day habilitation programs to supported employment

Zufall-Guberman recalls the humorous account of receiving the news. “I was at the airport waiting to board a flight home from Florida and it was also April Fools Day when I received the call. I asked the woman who called if this was an April Fools joke, she laughed but assured me it was not. I was ecstatic.”

She added, “I was with my children in the airport and when I got off the phone and told them, we all did a happy dance in the middle of the gate waiting area. It was a wonderful moment not only for me, but also a great moment to share with my children.”

The award recipients are chosen leaders and role models who are celebrated for the work that they do. In October 2012, Zufall-Guberman was appointed as the CEO of Special Citizens Futures Unlimited, a New York nonprofit that provides services and support for children and adults with Autism and other developmental disabilities. ​

Zufall-Guberman stated, “I feel that within the realm of our universe, supporting people with Autism and other developmental disabilities, that I have helped to create a place in New York City and surrounding areas that families are proud of and one that the people we support consider their home and family.”

Since joining Special Citizens her goals have been to re-position the organization in a manner that allows it to develop and support new people with developmental disabilities in group homes and day program service options.

She added, “My goals have been to lay a foundation that allows our organization to participate in the most exciting initiatives of the disability movement; institutional closure, aging out and the moving from brick and mortar day habilitation programs to supported employment.”

Zufall-Guberman wants continue being a role model to her two children and she credits her success to the people she works with on a day-to-day basis. “I have the pleasure every day of coming to work and working with a team of people that inspire me to do more and do better.” She added, “I am continually surrounded by people who challenge me, who I challenge, and as a result, we are able to do extraordinary work.”​

Zufall-Guberman has spent the last twenty years of her life advocating for people with developmental disabilities. This dedication has been the catalyst for her to receive numerous awards.

She was awarded New Jersey Business Journal Top Forty Under Forty in 2009, Philadelphia Smart CXO Executive Management Award in 2011, And Continental Who’s Who Pinnacle Award in 2015. Zufall stated, “By far, this award is the highest honor I have ever received. I remain grateful and humbled.”