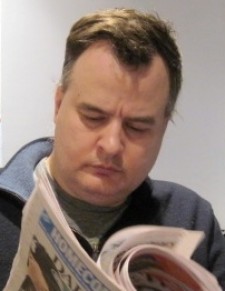 BRONX, NY, January 29, 2018 (Newswire.com) - Special Citizens, a New York nonprofit organization that supports adults and children with Autism Spectrum Disorders for over 40 years, is proud to announce the release of the book "Golden Strings", written by Wylie Richardson.

Richardson, who has lived with Special Citizens for over 13 years at one of the organization’s supported apartments, has been writing since high school, where he wrote for his school paper. He began "Golden Strings" in 2012 after being inspired by a trip to San Francisco for a family wedding. This is the first book by the author.

Wylie is an inspiration to all. There are no limits to what people with autism can do when they are encouraged and supported by a community of compassionate direct service professionals.

When asked why he wanted to write this book, Richardson stated, “I simply gave myself the challenge of 'could I do it'?.”

“Wylie is an inspiration to all. There are no limits to what people with autism can do when they are encouraged and supported by a community of compassionate direct service professionals,” says Jessica Guberman, Chief Executive Officer at Special Citizens.

Below is a description of the book from the author:

“The novel is about a gifted young singer-songwriter named Gary Sapling, who works a menial job at the local mall in the fictional town of Panville, California, in 1974. Gary's life changes when he embarks on a road trip with his uncle to San Francisco, a city he has always been curious about. Once in 'Frisco, Gary has a chance meeting with a young member of a local guerrilla theatre group called the 'Frisco Freedom Collective, who live communally in the city. Gary ends up taking part in that night's live show put on by the Collective, and quickly bonds with them. Before long, he moves in with them.  As the summer progresses, Gary makes inroads into the local music scene, becomes an 'indie' movie star, and finds true love in a way that he wasn't expecting.”

Wylie Richardson was born in New England but has called NYC home since childhood. He studied Creative Writing at the New School for Social Research and has freelance journalism credits ranging from the local publications Our Town, The West Side Spirit, and The New York Planet to the national magazines Scholastic Choices and Tower Video Review. He visited San Francisco for the first time in 2003, and considers it one of his favorite places; Golden Strings was written partially as a tribute to it. His favorite authors are Kerouac, Tolkien, and Hemingway. 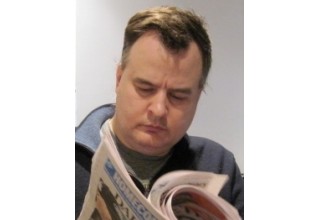 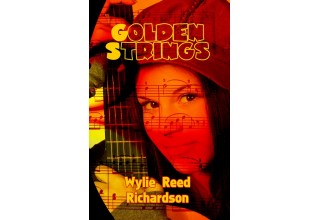